No meeting, so no report.

Burglaries – Burglaries are a Local Beat Priority across the whole of Basingstoke. 5 reported burglaries reported over this month. One relates to someone breaking into a shed, items being moved but nothing being stolen, two relate to a business in Campbell Court being targeted on two different occasions. Another relates to logs being stolen from a garage and finally, one is relating to an attempted break in to a garage used by the local council in Sherfield.

Please mark your valuables in some way with your post code or take a picture of them and any distinguishing marks just in case they are recovered by Police, then we will be able to return them to you.

Anti Social Behaviour – There have been 13 reports of ASB this month. Considering the weather is getting colder and the evenings shorter, I am quite surprised by this. Some of these reports were connected to unauthorised traveller encampments; all reports of caravans moving onto land get recorded as ASB. One of these incidents related to a male kicking someone’s front door trying to get them to let him in. Police attended and located the male who was drunk. He thought he was trying to get into his home address; however he stopped at the wrong door.

I would like to encourage all residents to report any incidents of anti-social behaviour to us on 101, or if you are a resident of social housing and your issues are with a neighbour also living in social housing accommodation, please report any incidents to your local housing officer, if the problem then persists then your Housing Officer will contact me. Please do report ASB because if it doesn’t get reported then I will not know that it’s happening and therefore I will not be able to focus my patrol time efficiently.

Suspicious Incidents – There have also been 8 suspicious vehicle/ person reports. One of these reports were of a van driving up and down German Road turning its lights on and off at 2330 hours. Police attended and located the vehicle further along the road. The driver (who isn’t local) could not properly account for what he was doing there, due to the circumstances, the male and the vehicle were searched for any stolen property or items used in the connection of theft/ burglary. During this search, a different number plate was located and it turned out that the vehicle was displaying cloned plates. The driver was arrested under suspicion of stealing the vehicle and the incident remains under investigation. This goes to show the importance of reporting suspicious incidents to us. If we weren’t informed of this vehicle, we wouldn’t have known about it.

If you see anything you consider being suspicious please call us on 101 to report it. If there are any units free at the time of the call, they will attend. I am impressed of the detail people giving to us. The majority of the suspicious vehicles that have been called in to us have been with a full registration! It helps us out a lot when we have this line of enquiry as we can normally locate the owner and ask them what they were doing.

Other – One assault, one driving complaint and the arson incident all stemmed from the same thing. We received a few reports of fireworks being thrown from a vehicle in Bramley, we located the vehicle leaving the village and it was pulled over in Sherfield. The driver explained that he was parked up in the village when unknown youths threw a firework into his car, setting fire to his passenger seat and causing minor burns to his girlfriend. Considering one of the reports we received stating that they saw a firework get lit inside of the car and as someone went to throw it out, it went off inside and appeared to set fire to the seat, we have doubts over the legitimacy of the driver’s account but we cannot disprove it.

Emergency –  As always, please can I ask all residents to report any suspicious persons, vehicles or incidents using the 101 telephone number; please only ring 999 if it is a genuine emergency. An easy guide on which number to use is this:

Is the incident in progress and is there a risk of injury or damage to property? – 999

Has the incident already happened and there is no longer any risk? – 101 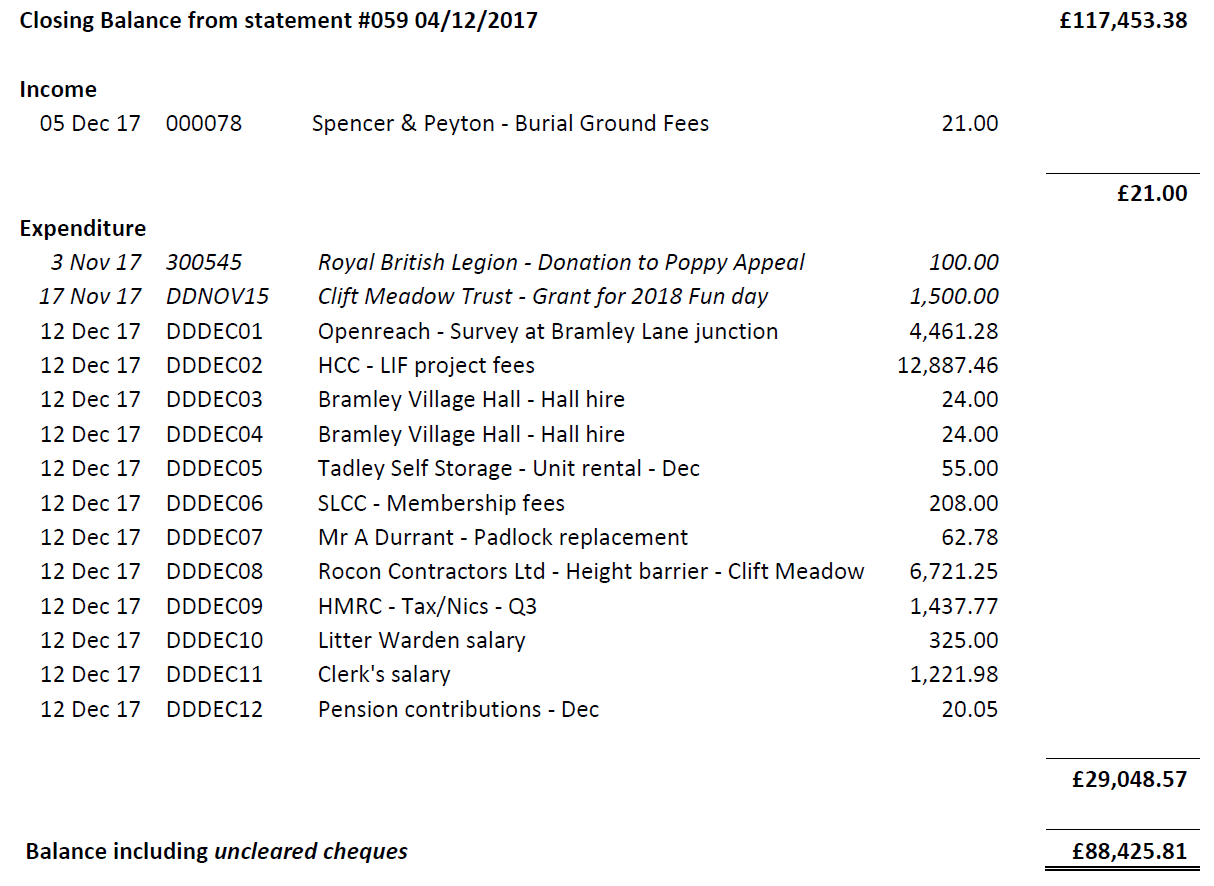