Please find below the latest news summary of some of the crimes which occurred last month. In the month of January there were 44 incidents in the Basingstoke Rural East area which have been classified as crimes by the home office. The breakdown is 16 x Bramley, 9 x Silchester/Pamber, 13 x Tadley South and 6 x Tadley Central.

As a result of a recent survey, the Current Neighbourhood Priority for Basingstoke Rural East is:

Theft from Motor Vehicle – There has been one report this month. Sometime between 19th and the 21st January, entry was gained to a building site in Bramley and three batteries were stolen from construction vehicles.

Summary – This is a further summary of incidents however it is not the full history for January.

(Please get in touch if you’d like me to come along to a Community event.)

Information can be found at: https://www.hampshire.police.uk/advice/, https://www.hampshirealert.co.uk/ and on Twitter @BstokeRuralCops. Hampshire Alerts and Twitter are both a very quick method of circulating messages relevant to local communities including NHW schemes.

The Bramley results were noted, and BDBC also stated that they are trialling some AQ mesh devices in the Borough. They did note that Nitrous Oxide and PM10 monitoring with such devices is generally accurate, although they believe that other variables measured is not so accurate as the data tends to be extrapolated rather than accurately measured. It was noted that the Bramley device is actually measuring several variables alongside Nitrous Oxide and PM10, but this needs to be checked. BDBC plan to carry out their own survey of Bramley levels, although they stated that they would be surprised if this increased monitoring will show any exceedance of safe levels. Bramley PC re-iterated that its figures show huge spikes at busy periods, and that this is likely to get worse with traffic steadily increasing in the village. Options for reducing short journeys from local traffic were discussed. 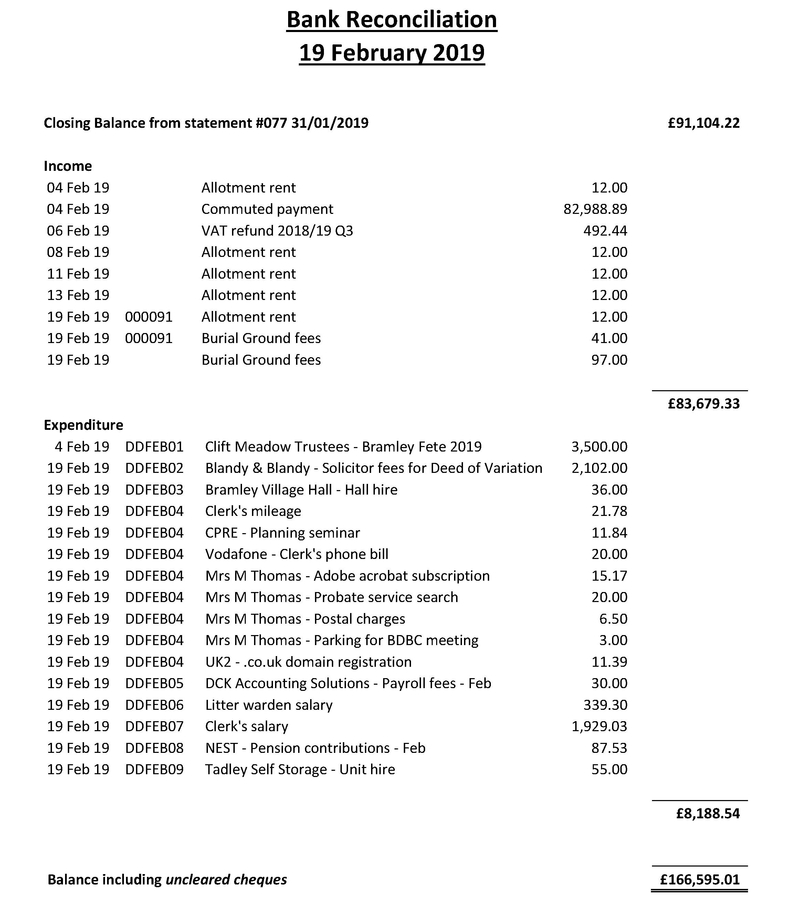