Burial Ground – The hedge acting as a border between 2 areas of the burial grounds is in quite a poor state. Removal of the hedge and replacement with a number of ornamental trees would release more land for burial capability.

A request for quote on the removal and supply/plant x3 trees has been made to Bulpitts.

Flooding in the burial grounds has been some of the worse I have seen since moving to the village in 2000.  A risk assessment is required to understand the impact if any on the current burial instructions on the water table and more importantly and potential liability to the Parish Council. One quote has already been received and circulated, and another is expected imminently.

Burglaries – There has been one dwelling burglary in Bramley and Sherfield this month, this involved a property being broken into with cash and jewellery being stolen. The car keys for the vehicle parked on the driveway were also stolen but the vehicle was left at the scene.

Burglaries remain a district priority, recently a Basingstoke nominal was identified by CCTV at a burglary in Sherborne St John. The male was arrested, and as a result of the identification, was also charged with a string of other burglaries and thefts across the district. He was remanded in custody until his appearance at court. This goes to prove the vital importance of the crime prevention advice that we give out, if the aggrieved did not have CCTV installed, we would likely not have been able to identify the male so he would have been allowed to continue with his unacceptable behaviour.

The male appeared in Winchester Crown Court on Friday 2nd March 2018 but our system hasn’t been updated with the outcome of this so I am unable to pass it down to you.

Anti Social Behaviour – There have been 4 reports of ASB this month. One of these incidents involved a motorbike riding along the Cinder path, causing a pedestrian to pick her dog up to prevent the dog running in front of the bike as it was moving. If you experience any problems such as this, please report this to us on 101 directly. There is an offence under section 34 of the Road Traffic Act, I will always challenge riders/ owners of vehicles seen riding along common land or footpaths without good cause to do so. If I receive more reports of this nature, I will hopefully be able to narrow down the times I would need to be on the Cinder Path to identify the rider.

I would like to encourage all residents to report any incidents of anti social behaviour to us on 101, or if you are a resident of social housing and your issues are with a neighbour also living in social housing accommodation, please report any incidents to your local housing officer, if the problem then persists then your Housing Officer will contact me. Please do report ASB because if it doesn’t get reported then I will not know that it’s happening and therefore I will not be able to focus my patrol time efficiently.

Speeding/ Traffic offences – There have been 3 report of speeding/ dangerous driving reported to us over the last month and one damage only traffic collision.

I appreciate the weather hasn’t been the best over the last few weeks but if you are interested in joining the local community Speedwatch, please contact me directly so I can talk you through what this would involve.

Suspicious Incidents – There have also been 11 suspicious vehicle/ person reports. None of these are majorly concerning.

Overall – Firstly, I would like to apologise for the delay in my beat reports, a mixture of annual leave and very busy shifts meant that I did not have enough time to complete them. Secondly, it is with mixed emotions that I say, this will be the last report I send out to you as I will be handing over Bramley and Sherfield to PCSO Richard Fisher over the coming month.

Richard is relatively new to my team but worked on our other team at Tadley before moving over to join us. I will be working with him over the coming month and introducing him to the beat. I will try to introduce Richard to as many people as possible before I move to cover Tadley from April.

The drugs offence listed below is in relation to when a youth was arrested for theft of a motor vehicle from Basingstoke, he was located on Silchester Road, Bramley and also had a small amount of cannabis on his person. He is currently awaiting a police outcome for the offences. This incident is linked to the only theft of vehicle listed below also.

Emergency. As always, please can I ask all residents to report any suspicious persons, vehicles or incidents using the 101 telephone number; please only ring 999 if it is a genuine emergency. An easy guide on which number to use is this:

Is the incident in progress and is there a risk of injury or damage to property? – 999

Has the incident already happened and there is no longer any risk? – 101

The Parish Path Leaflet has been produced and distributed to a number of locations within the Parish and surrounding areas;

Network Rail will not release permissive rights for any path across their land.

A further meeting with Network Rail has indicated a softening (not much) Network Rail in that with a legal agreement in place and a firm understanding from the Parish, Borough & County that if any permissive rights are given then Network rail at the point of electrification have the full rights to recover all rights and land.

The failed sensors on the air quality monitor were replaced early January, the monitor is back fully operational, and measurement of carbon dioxide has not stopped.

Full breakdown of the 1st 5 months of results has been provided to councilors and a Parish Magazine article produced.

Within the next step of the IT upgraded plan for the Parish Council it is recommended that a gov.uk site be sourced.

Shared with my briefing notes I have sourced a single source supplier for Web hosting / management.

Migration to a word press, templated site would ease current support mechanism and separation of Web traffic from email traffic.

Maxta and I met with ABA Associates last week to review and discuss proposals for Web / Email support.

Chris raised a number of questions and ABA have responded to most concerns favourably.

The Borough is the awarding of the waste contract to Serco – the new £44 million joint waste contract will run for the next eight years, with an option of extending for a further eight years. The current contract with Veolia expires in October 2018; the retendered joint arrangements ensure the best possible service and continued value for money for residents in both council areas.

The new contract worth £5.5 million per year will deliver additional benefits to residents, including a reduction in joint service costs. Working jointly in partnership with Hart District Council has allowed BDBC to achieve significant improvements to the service provided, whilst securing the most efficient, value for money service for residents.

Cllr Vaughan has written to the Executive Member for Transport to leave number 14 bus route in place.  No reply as yet.

Cllr Vaughan has been liaising with HCC officers re the opening up of the Olivers Lane site by the railway bridge near Minchens Lane.  This site is being used by HCC Highways during the upcoming surface dressing works in the area, and HCC are taking measures to ensure that the site remains secure whilst in use. 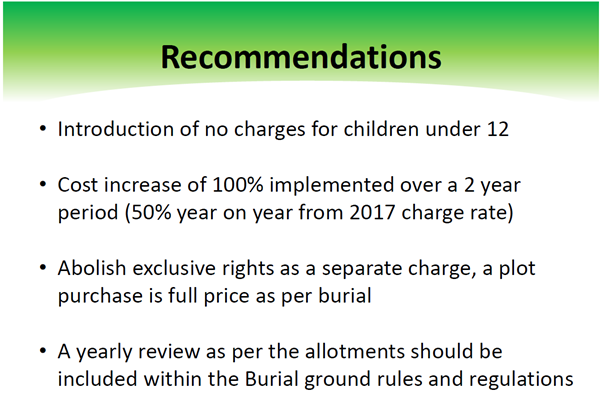