Appendix A – Draft Minutes of the Meeting of the Planning Committee

Will the Minchens Lane developer reinstate the trees removed to make room for the cancelled path?

September-October 2018 – Please find below the latest news summary of some of the crime which has occurred in the Bramley & Sherfield area over the past three months.

In the month of September there have been 24 incidents, 21 in October and 6 so far in November which have been classified as crimes by the Home Office.

Burglaries – There have been 4 reported Burglary Business or shed/garage burglaries in the last month for Bramley & Sherfield-on-Loddon area.

Thefts – We have had 11 reported incidents of theft since beginning of September.

Speeding – Recent speed watch was carried out in Bramley on Sherfield Road on the 13/10, 8 vehicles have been caught speeding, with 7 being their first time being caught, 1 2nd time offenders and have all received warnings regarding their speed.

Anti-Social Behaviour – We have had 8 incidents reported to us regarding ASB within the Bramley and Sherfield area.

A number of complaints regarding youths around Clift Meadow pavilion where they have been abusive to members of the public, over recent months we have actively targeted the communal park areas of Bramley and Sherfield-on-Loddon due to reports, we have stopped and dealt with a number of youths, some have been caught with cannabis on them, some have been caught underage drinking and have been dealt with appropriately. We often come across these groups but due to only occasional reports unless there are grounds or complaints made a simple request is made for them to be quiet and respectful, placing their rubbish in the bin etc. If more complaints are made, if available we will get the youths to move on from the area etc.

Other Incidents – Regarding the two Criminal Damages in Clift Meadow Pavilion, the first one that occurred on 8th of April 2018, this was damage done to the gate and fence in the Pavilion as this was both the youths first offence for Criminal Damage both aged 15 they were dealt with by Community Resolution, they attended Community Court (a youth court run by youth volunteers in Basingstoke). They both attended and wrote an apology letter, since this incident neither have re-offended or committed any other criminal offences.

The second incident of criminal damage was the memorial bench within the swing area on the 8th July 2018. Two youths aged 16 were given Community Resolutions as it was their first offence, both were referred to Community Court in Basingstoke and provided an apology letter and offered their services as volunteers to Clift Meadow Trust. From speaking with one youth’s parents, their son has now joined College and is now spending less time with his previous group of friends, neither have been involved in any incident since.

Please report any suspicious people, vehicles or activity to the Police via 101 or to Crimestoppers anonymously on 0800 555 111.

Join Hampshire Alertsfor personalised alerts and updates from the Police.

I would like to inform that as of Dec 16th 2018 I will be no longer be your local beat PCSO as I have been given a formal offer as a Police Constable in Thames Valley Police. The PCSO taking over from me will be covering Tadley as well as Bramley, Sherfield-on-Loddon, Stratfield Turgis, Hartley Wespall. The PCSO will be Emma PAGE who was previously the Overton/Kingsclere beat PCSO.

Please do not report crimes to us via email – my emails are not regularly monitored.

A33 Roadworks in General – At the same meeting Borough Councillors were advised that the roundabout works should all be done now and the final bits and pieces will be finished off.  Early Christmas Present we joked!

Thornhills Crossing A33 – And, when you were thinking it was safe to go out on the A33 – work will commence in the February 2019 time frame for approximately 12 weeks which will again impact the A33 and traffic flow.  I have attached the slide the Borough Councillors were provided in a short meeting.  The reason for this work is to “Green Light the A33”.

S106 and CIL – I have concerns about S106 funds residing at BDBC which is currently at the beginning of November of some £8.5million with £1.5m with no refund clause and £2.8m being held for over 5 years.  In a letter that Sherfield on Loddon Parish Council sent to parishes there are have at least 6 who have advised that they are concerned about the scoping process which has resulted in S106 funds available but unable to be used due to incorrect scoping by BDBC.

Whilst there was much talk about CIL – and with Bramley having a NP would benefit by 25% there is still not a great deal of clarity on how this will materialise and the “rules around it”.  I have been pushing for the guidance which was promised some time ago – this will be available in the New Year.  This will set out how the payments system will work in more detail, as well as providing advice on what the Parish Council can spend the money on and how the Parish Council must provide a public report on what it has received and how it has been spent CIL, in line with Government regulations.

A consultation on planning guidance for the Upper Cufaude Farm housing allocation site is underway, giving people the chance to put forward their views on what is needed including the type and size of homes, community facilities, transport, access, design and layout.  Views are sought for 17th December.  The consultation is only for that site and not the HCC site (approx 40 houses) across Cufaude Lane – at this time there is no “access” on to the Lane proposed from that site.  There are also no improvements suggested by Transport for Cufaude Lane.  We have raised the issue of the “school” at meetings and I also raised it at the EPH committee meeting – there is no commitment from HCC to allocate a school on this site.  Community facilities are proposed which could result in little/no integration with the village of Bramley. 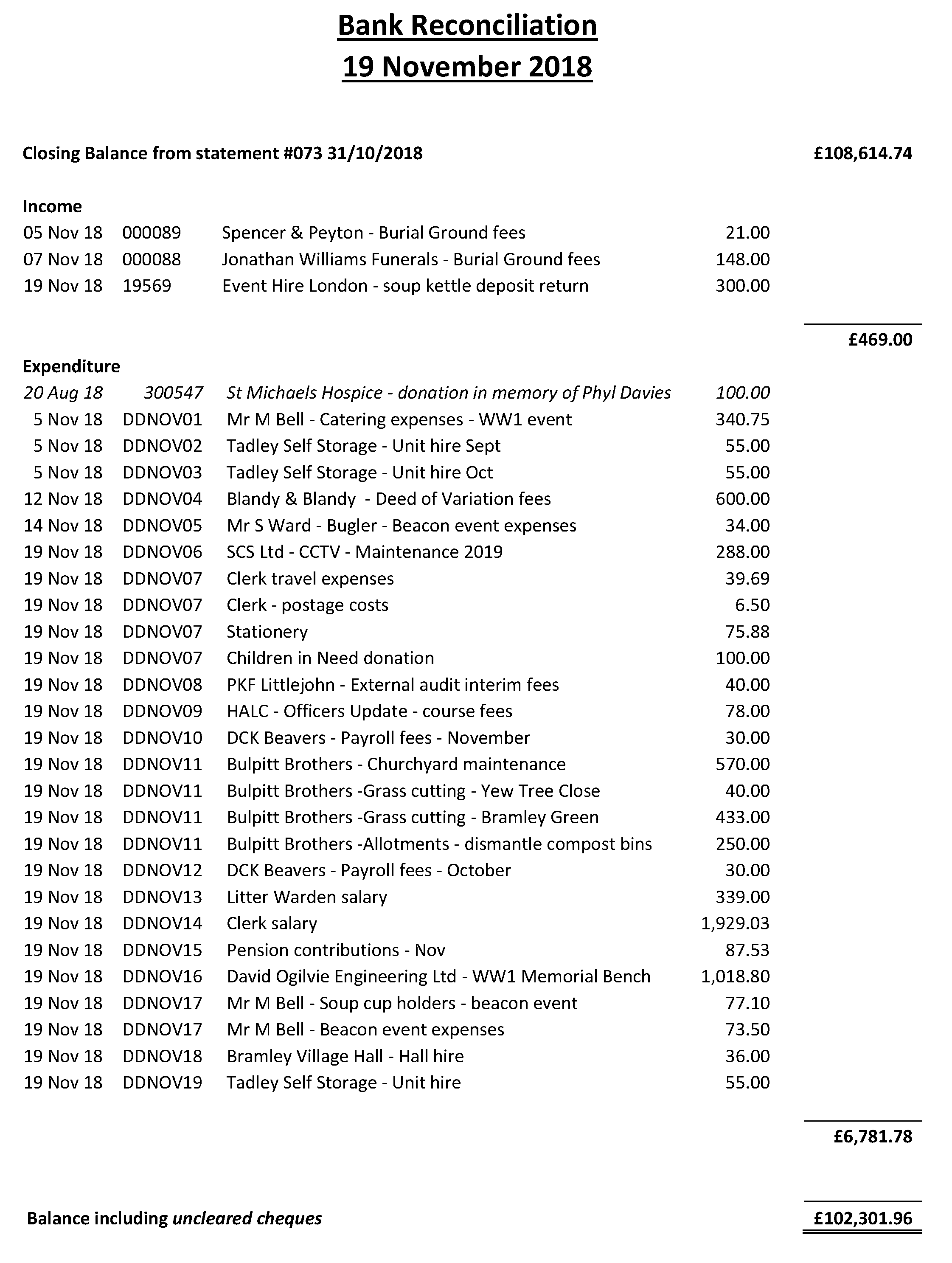